In a warm and sunny day Alassio welcomes us for our fifth stage of #LiguriaTrekkingeXperience.
A ring path rich in history, breathtaking views and surprises, is waiting for us. We can also admire charming little churches plunged into nature, interesting Roman burial tombs and other historical places.
We look forward to living this new adventure…. Let’s go!

The Via Julia Augusta: From Alassio to Albenga

We start from a rocky spur called ”Punta Santa Croce” overlooking the sea near the harbour of Alassio.
Meanwhile we learn that here it is widely believed this place is the legendary “The widows’ rock” a sadly famous rock because of the several ships once wrecked upon while coming into the gulf. This is why was built the little Church Stella Maris, a votive chapel in memory of all seamen died at sea. 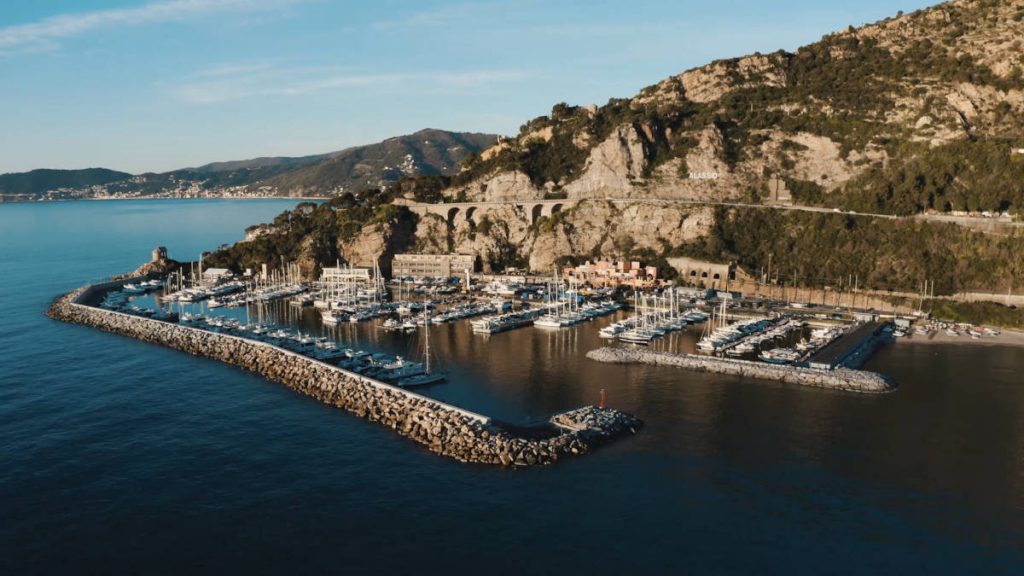 Leaving Punta Santa Croce we follow the signposts to the Church Santa Croce, at 100 a.s.l. We walk for 400 metres, enjoying a stunning view of the harbour of Alassio.
We manage to see a nice stone church with amazing color glass windows and surrounded by lush greenery.
Past the Church Santa Croce we can see a high exposed brick arch marking where the Via Julia Augusta starts.
This ancient Roman road we have already met in the fourth stage of #LiguriaTrekkingeXperience (click here) crosses a large part of Western Liguria. It was built in 13 b.C. to allow the trade between Italy and the nearby Gaul.

Along the Via Julia Augusta after walking 400-500 metres we reach the first historical place of the path: this is the oldest parish in Alassio dating back to before 1000 a. C.
Sad to say, the building has been partly vandalized. Yet a restoration work of the whole structure is being in place. Though the entrance is closed at the moment, if we have a look at the inside, we discover some well-preserved frescoes.

We keep on walking along this easy and flat path still showing the ancient Roman cobblestones here and there. But we know some more surprises are still waiting for us.
After a while something special leaves us openmouthed.

On one side of the route we see an imposing stone building: it is an amazing tomb monument, part of the south necropolis in Albenga which houses eight funerary Roman monuments in total, perhaps, belonged to noble families or ancient corporate entities. 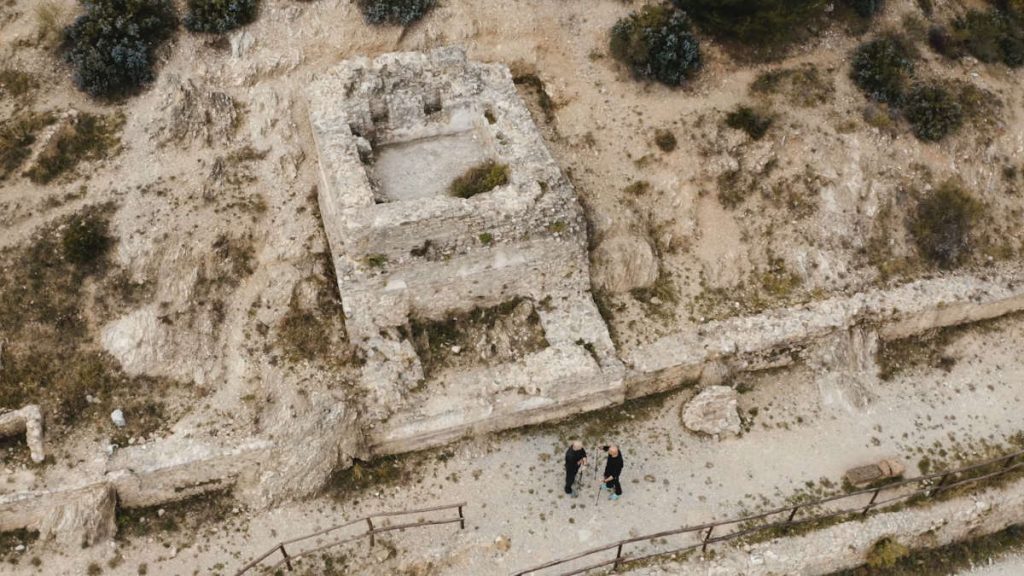 Obviously we can’t resist the temptation to enter the necropolis and visit the inner part of the tombs, rich in fascination and mystery turning us back to ancient times.
While keeping our itinerary we manage to glance the remains of the ancient amphitheatre and the Roman pillar, both present inside a private property.
After 5.5 km and an hour-walk we get to the end of the Via Julia Augusta, above Albenga.

The Path of the Onda: From Albenga to Alassio

We see the signpost drawing two red points and showing the Path of the Onda.
The toughest part of the trail starts here. 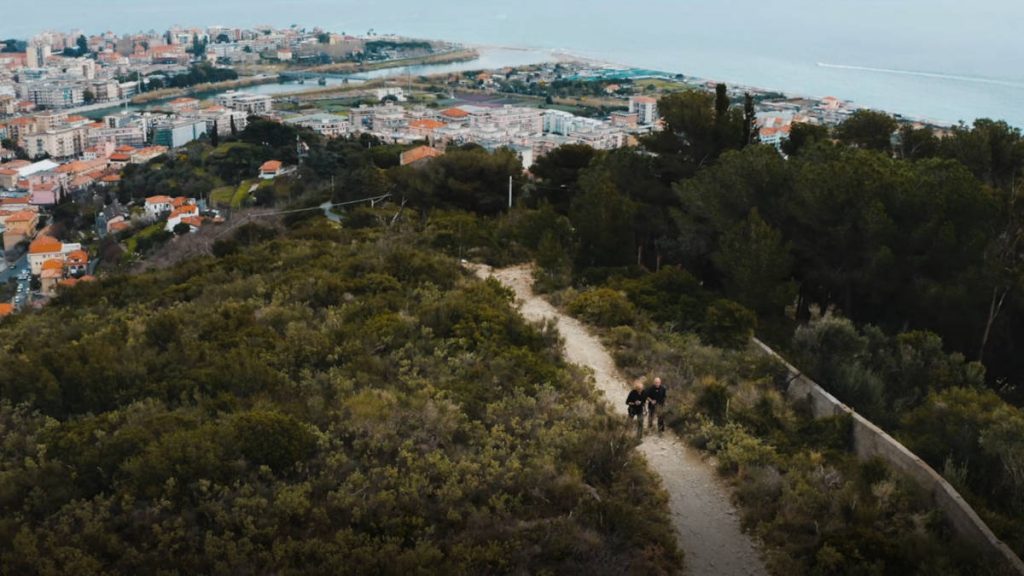 In fact this trail goes to the crest of Mount Bignone up to 300 a.s.l. While climbing we are surrounded by the Mediterranean scrub vegetation where now and then it is possible to see deer and roes passing by.
The path of the Onda goes onwards in parallel with the Via Julia Augusta, but higher up, offering stunning views overlooking the sea and the coast.
Our ring path leads us back to Punta Santa Croce.
The itinerary lasts three and a half hours, full of strong feeling along our walking, able to show a land where nature and human beings join together to create a unique and extraordinary landscape. 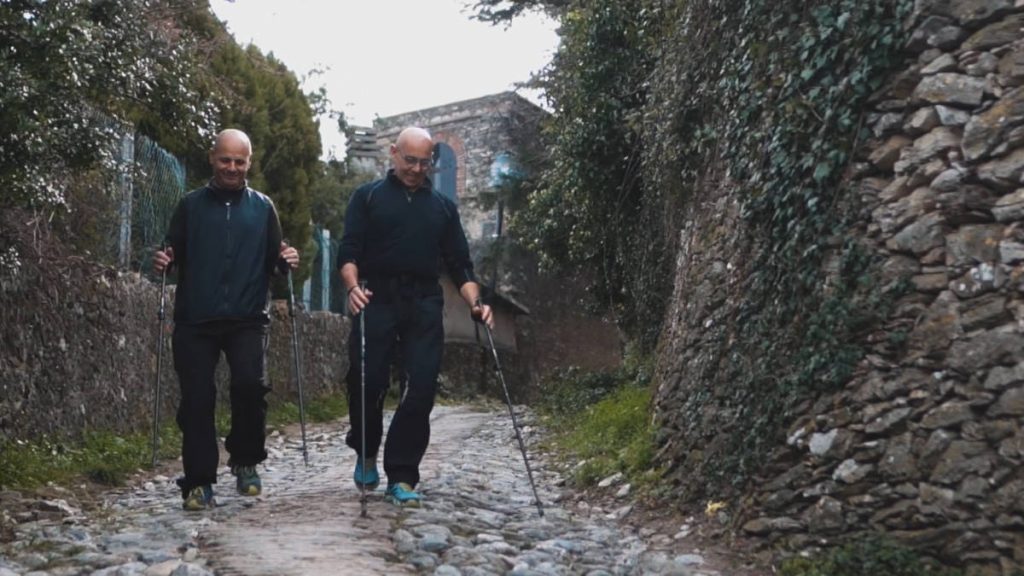